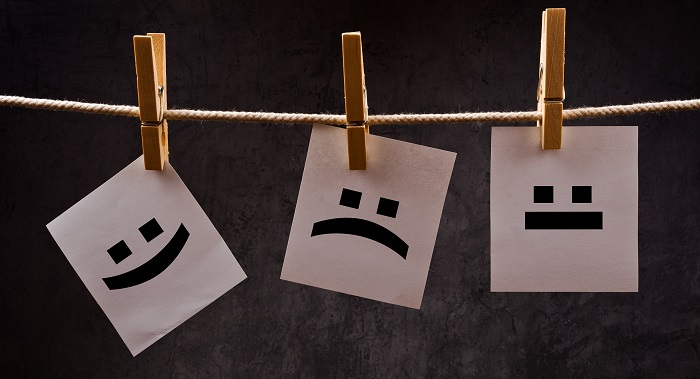 It started with a colon and a parenthesis. Maybe a hyphen, for the detail-oriented, or a semicolon instead of the colon, for when you felt playful. Then, the humble smiley multiplied into a range of expressions, and someone somewhere dubbed them “emoticons.”

That wasn’t the end. Now, there is a whole library of little icons that can be inserted into text on the Internet, conveying feelings and illustrating stories for millions of users worldwide.

And the stories are numerous. A Kickstarter campaign successfully raised $3,500 for the translation of Moby Dick into emoji. Another raised $20,986 for the creation of a custom emoji keyboard cover for the Mac. But before you place these in your pile of “crazy things found on the Internet,” realize that the car manufacturer Chevrolet made headlines simply by publishing a press release on the 2016 Chevy Cruze entirely in emoji.

Emoji were created in Japan at the tail end of the 1990s. The first set of emoji consisted of 176 icons, each 12 pixels by 12 pixels, ranging from a grinning face to a bullet train. This rudimentary system was adopted by various service providers.

Fast-forward a decade and a half, and hundreds of emoji are available to users of the devices with the most robust support. (Although almost 1,000 emoji are included in the most current version of the Unicode text-encoding standard, not all of them are implemented on all platforms.)

Emoji use has evolved to the point that it’s a sort of parallel language. For an example, look no farther than Instagram, which has introduced the ability to search and hashtag with emoji in addition to traditional characters. This suggests that people are using emoji as a supplement to writing, not just as decoration.

Not that that language is universal (yet). Blog posts like this one shed light on some of the lesser-known emoji and explain how their commonly agreed-upon meanings have evolved. Even for those who are familiar with the whole range of icons, what people read into them occasionally differs from their originally intended meanings.

For example, one emoji shows a smiling woman with her hands on the top of her head, and Western users often use it to show that they’re impressed. However, in Japan, making a big O with the arms like that simply means “OK,” which is what the emoji’s creators intended. The use to which the symbol is put depends on the sender and reader agreeing on an interpretation.

That agreement has long been at the core of communication difficulties. The black-and-white, inflection-free nature of online text communication means subtle shades of meaning aren’t easily accessible.

A trio of New Mexico State University psychological researchers studied this back in 1996:

As technology advances, we are shifting from direct face-to-face or voice to voice interactions to computer-mediated communication (CMC). As a result of this shift the nature of communication has changed; in particular the ability to convey emotion is less straight forward.

The subjects perceived, and fixed, the inflection weakness using emoticons:

The results indicated that subjects with emoticons used them and were more satisfied with the system than those subjects without emoticons. Thus it appears that users respond to emoticons and interpret them as intended.

The lesson: we use symbols to compensate because nuance takes a huge hit when we can’t inflect speech with non-verbal communication. For example, text isn’t always a natural fit for sarcasm or flirtation.

It’s this last deficiency that Match.com was looking at when they compared the love lives of their emoji-using and non-using customers. They found that people who use emoji in written messages — men and women, in their twenties, thirties, and forties — go on more dates and are twice as likely to want to get married.

Perhaps this natural fit of drama, romance, and emoji was what prompted Disney to release a video of Frozen, as told entirely by emoji.

Text-based communication such as email and instant messaging is “a new technology that absolutely jeopardises your ability to express your emotion,” Helen Fisher, a Rutgers anthropologist who helped lead the study, said. “There is no more subtle inflection of the voice. […] So we have created another way to express emotions and that is the emoji.”