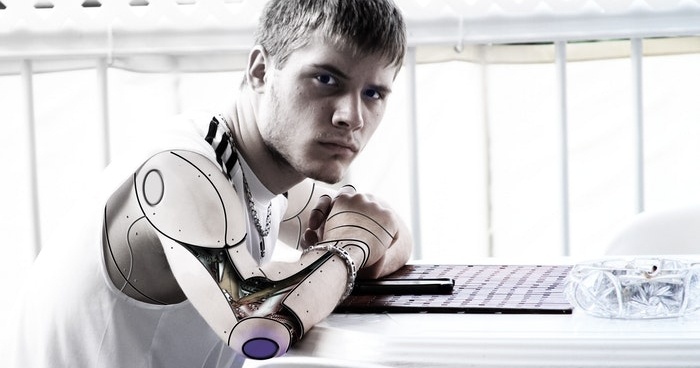 Technology is shaking up the language industry. Tools are getting better and better at the things only humans used to be able to do—and this is deeply uncomfortable for us. We all recognize that our species has limits, but tools can’t do everything either. So how do businesses leverage the best of both? And how do they help humans get past the struggle with change?

This tension between humans and machines is not a surprise. Technology disrupts; it shakes up processes and changes the way people do things (and there’s a lot of discomfort there). But this disruption has been going on for a while—all the way back to 1589. Queen Elizabeth had the opportunity to grant a patent for a mechanical knitting machine but she refused because it would replace workers. And the people were worried about this too: Luddites were breaking into fabric mills and smashing the machines because they were trying to protect jobs.

People will always worry about whether machines will take away their jobs. But our panelists don’t see this happening. In fact, quite the opposite.

Erik Vogt gives an example. “There’s actually more jobs in retail now than there were 10 years ago. Every single time, it (technology) actually benefits workers; typically, they end up with better, higher paying jobs or jobs that are less manual and less mundane. They have to be more skilled but there are better opportunities for them overall.”

He then shares a story about a localization engineer on his team in the late 1990’s. A new tool came out that did filtering automatically. The employee worried about it, telling him “Our jobs are gone, we’re going to lose our jobs. You’re basically replacing us with software!” Well, says Erik, she’s still in the localization industry working as an engineer. And now there are more localization engineering jobs than there were back then.

Companies are responsible to retrain

The group agreed that businesses need to help people adapt to (and even enjoy) the use of technology.

Connor Robinson says “organizations and society as a whole need to take responsibility for their workers. If we begin to introduce technologies like machine translation, we need to help translators retrain, or give them the opportunity to take additional courses that would promote their careers.” In doing so, “you give them security that they will have a job.”

It’s in the best interests of a business to help workers “move out of the older, obsolete economy” so they can contribute, be highly productive, and continue to add value in the age of rapid technological advances.

Tools are coming in to take on repetitive tasks and shift humans to higher value tasks. But one doesn’t bump out the other. The human and machine must interact; when they work together, the failings of each can be overcome. Michael Stevens refers to this as the “deep blue moment” of our industry.

Erik explains further. “Deep Blue is the name of the IBM computer that beat Kasparov at chess. From here came the idea of centaurs: humans and computers working together. It’s an enhancement of human capabilities. Working together we’re much more effective than we would be otherwise.”

But to get people to actually enjoy working with new technology, innovators need to drive the design. Jim Compton asserts that “we must make the interaction between the human and the machine acceptable to the human being so that it’s actually empowering, feels empowering to the human being, as opposed to having a robot slave master that you’re serving. We have a responsibility to think about what is the actual long-term relationship between technology and humans.”

All in all, it’s a very exciting time in the localization industry: technology is changing rapidly and new tools enter the scene all the time. Humans are not going away anytime soon, but their jobs will change as they learn to work alongside machines.

Listen to the full live hangout: Don’t Rage Against the Machine

If you are intrigued and want a bit more on Moravia’s view of the centaur―a combination of the best of human and artificial intelligence―then check out our SlideShare here.