Most of us would say we exist in a single dimension known as the universe. But what about the idea of a multiverse? Do you believe in the existence of infinite parallel universes, each governed by their own laws of nature?

Even if you don’t, you might have a similar thought when entering new global markets. In countries that are culturally disparate to our own, all laws of nature seem to be turned on their head. Up is down, blue is red and reaching consumers means marketing from a completely different frame of reference than in your home market.

Learn more: A Practical Guide to Localization for Digital Marketing

In cases like these, according to RWS Moravia’s Solutions Architect Jon Ritzdorf in a presentation at the Digital Marketing Innovation Summit, your content might need more than just translation. We’re excited to share what Jon taught about tackling the “multiverse” of global marketing with original, in-country content instead—and the results we got when we tested it.

How to conquer the multiverse

The global content multiverse isn’t just a tapestry of different countries, cultures and languages. It represents entirely different ways of seeing the world. And successful global marketing takes this into account.

Take a look at this Ramadan-themed campaign from Krispy Kreme Indonesia: 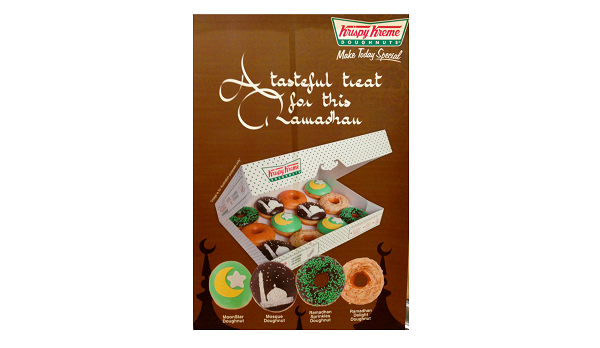 Not only are these donuts specially decorated for Ramadan, but the green one on the left is Pandan flavor. Heard of it? Maybe not, unless you’re familiar with Southeast Asian cuisine. Krispy Kreme catered to such a unique detail to boost their success in the Indonesian market. But how did they know to do that?

Let’s take a step back. There are three levels at which you can approach multilingual marketing.

As you probably guessed, Krispy Kreme went for level three. Having realized Indonesia’s culture was completely different from that of their home market, Krispy Kreme accommodated for this by going beyond translation to meet their customers’ deepest needs. And yes, that takes a lot more work—but the payoff is worth it.

We have an example for you. We tested the power of original content created in-country on our own website for Japan.

First, we looked at two types of content that we created for the Japanese market: a set of 38 articles that were translated or transcreated from English, and a second set of 12 articles that were originally authored in-country in Japanese.

Next, we compared the viewership we earned from our original versus translated content. Take a look:

The graph makes it crystal clear that our significantly smaller proportion of original content garnered nearly four times the number of pageviews. Content written specifically for a market, from scratch, simply performs better than another culture’s content translated into the target-market language. Maybe obvious, but often not the path chosen.

If you think about it, though, written long-form content isn’t the only type of marketing asset you might need to recreate from scratch. What about:

Let’s also factor in the number of possible channels, plus the fact that content is exploding and that the “laws of nature” in other countries might be so unfamiliar that we can barely imagine them, let alone account for them. When you add it all up, things start to look rather overwhelming.

That’s why it’s important to use an established framework to decide your approach. At RWS Moravia, we engage with our clients in the Plan and Create phases of our Go Global Model to sort what can be localized from what must be originally created to garner the biggest payoff possible.

So, what should you do?

For many countries, and for certain types of content, translation or transcreation work just fine. For others, it’s not enough to copy a message over to another market and make a few tweaks to it. Sometimes we have to toss out everything we thought we knew—and get right into the hearts and cultures of our customers—if we want to truly capture them.

Unsure about which approach to take in your own global marketing? We can help!

Choosing the Right Transcreation Talent for Your Global Brand
What Marketers Often Underestimate About US Hispanic Consumers
The State of Natural Language Generation in Content Creation
Smart Devices and Voice Search: What You Need to Know