Brands spend a lot of time and effort strategizing about how they want to be perceived the world over, and spend a lot of time and money creating product support content so customers know how to get the most out of their products. But what if your target buyer can’t read? How do they come to know what a brand stands for or what a product will do for them?

Part of your research when entering a new market should be to fully understand the demographic of your new audience. It sounds obvious that literacy levels should be a consideration, but this can often be overlooked since businesses do make assumptions.

It’s also on your doorstep

The UNESCO Institute for Statistics states that there are almost 800 million illiterate adults in the world; literacy being defined as the “ability to identify, understand, interpret, create, communicate and compute, using printed and written materials associated with varying contexts”.

But these low literacy levels are just in emerging markets like Niger, where only 19% of the population is literate, right? The emerging nations with poor education, sanitation, employment opportunities, housing infrastructure and definitely no Wi-Fi, right?

In the United States, 43 million people, or 21% of adults, are functionally illiterate according to the National Center for Educational Statistics (NCES). And, the World Literacy Foundation found that one in five UK adults would struggle to read a medicine label.

We could write detailed instructions on how to tie a half Windsor tie knot, or show you this: 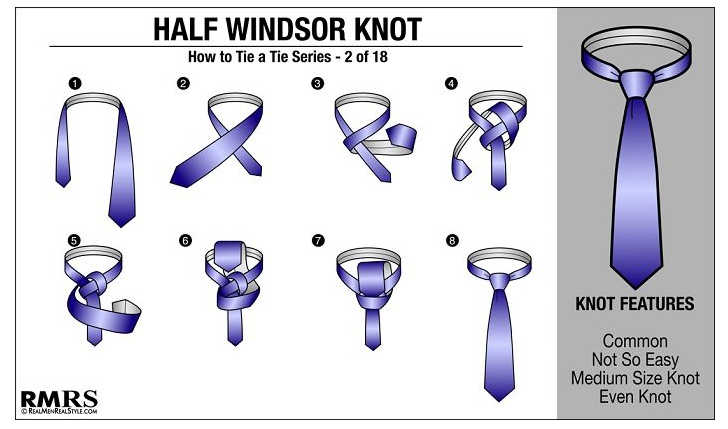 Okay, it’s just a tie knot, but the same principle applies to any communication, and it’s even more important when the population can’t read well.

When you’re talking to a low-literacy audience, of course it makes sense to limit the number of words you use to teach them, engage them or take them along the buyer’s path to purchase. But the advantages of using visual storytelling over text go well beyond making it comprehensible for low literacy populations: images are easier for anyone to comprehend quickly, and the information is absorbed faster and resonates longer. Also, show your audience the story and they’ll become much more invested in it as they start to see life through the eyes of the characters and, most importantly, work things out for themselves. They see the story being played out and put their perspective on it because they’re not being forced what to think. The result? Emotional engagement.

Another benefit of image-based content is that it triggers the emotional brain. “The emotional brain processes sensory information in one fifth of the time our cognitive brain takes to assimilate the same input,” say the brand brains at Branding Strategy Insider. In a world where the trend is for consumers, regardless of their literacy level, to spend less time engaging with your marketing, having someone process your message in two seconds instead of ten makes a massive difference.

Let’s face it, our brains want visuals. 90% of the information transmitted to your brain is visual, and it processes images 60,000 times faster than text. Literacy considerations aside, visuals are faster to process, easier to remember and cheaper to localize.

Visuals save you money

The other advantage of visuals is that they don’t tend to have to be updated as often as text, so you avoid costly revisions and reformatting. Plus, when heading into new markets, visuals can usually be published as-is, though we still recommend analyzing them to ensure they contain nothing culturally offensive.

Let’s take a look at one company that has this approach down to an art form.

Whether you buy a simple shelf consisting of six pieces or a complicated multi-layered corner desk unit with 600 pieces, IKEA provides the instructions on how to build it without you having to read a single word. Not one. There’s no doubt that this simplicity has helped the Swedish company open stores in 52 countries and become the world’s largest furniture retailer.

Visual-only product manuals and procedures fare well because most products are used in the same ways around the world. Flat-pack furniture, for example, is assembled following the same process no matter where you are, so the diagrams can be consistent even if text has to be updated or translated to reflect local markets and regulations.

Packaging, brand and advertising content, however, are different. Because the goals of these pieces are to evoke emotions and convince the audience to take a particular action, it’s more likely that you’ll have to alter and transform visuals to better resonate with the locals.

For example, there’s the story of the baby food company that had the picture of a beautiful healthy baby on their product packaging. It’s an aspirational image and it makes perfect sense to promote their food that way in many cultures. However, a third-world market they were moving into had very low literacy rates, so brands would put pictures of the product on the packaging. Beans on a tin of beans, a tuna fish on a tin of tuna, a pig on a package of bacon or ham, a baby on…hey, wait a minute.

Go local but keep your eye on global

So, what are we saying? The obvious—always do your research, but the point is if global brands can get it wrong, then potentially anyone can.

Microsoft went into Poland with an advertising campaign showing people from different ethnic backgrounds sitting at a board room table. In Poland, the black population is very small so Microsoft decided it didn’t need to be represented in this market. They replaced the black man in the image with a white man. When news of this decision travelled, you can imagine what the impact of replacing the only black man in an ad with a white man had on the brand globally.

You still need text, don’t you?

Sometimes, no text is needed to make a concept clear. But if you do need explanatory text, keep it simple. As simple as possible. Less is more.

Actually, this is advice that brand, marketing or communications consultants would give to anyone, whether they’re the newest intern or a CEO with forty years in the business.

It’s not that using images over text is simply more relevant in areas with low literacy levels (it’s always relevant as we mentioned above), but it has to be the main consideration in these low-literacy markets.

Writing copy for a low-literacy audience is just not going to work. Besides, consumer groups in low-literacy areas are used to communicating without text. This is their comfort level, so working within their parameters gives you a better chance of your message gaining traction. Regardless of literacy, customers are more likely to engage with brands that communicate in the same way that they do.

The exception to this might be pharmaceutical or medical companies that have to cover themselves legally with supporting text. In these cases, simplicity becomes the goal rather than the rule, but in the end, being comprehensive about your offering is most important.

The great news is that in most countries, literacy rates are heading in the right direction. This just gives more power to the people to make informed choices and have better lives. And in looking at all 7.8 billion of us as a single population (dangerous, I know, but going ultra-macro here), we want to read less and see more because of how our brains are adapting to the pace of modern society. And we want to do it more quickly (why do you think Instagram and Tik Tok rose to popularity so fast?). With that in mind, these tips are a good guide for any marketing or content creation journey.